2016 Outstanding Employees of the Year Recognized

The 20th Annual Outstanding Employee of the Year Awards were presented November 30, 2016 and December 1, 2016 at Village Northwest Unlimited. This year’s recipients are Kim Bousema and Linda Van Meeteren. Staff members are nominated by their peers, and nominations are reviewed by a committee of former award recipients. Kim and Linda were each presented with a plaque and monetary gift by Barry Whitsell, President & CEO, and Brian Robyn, Director of Human Resources.

Kim Bousema's career with VNU began in 1987 after she graduated from Northwestern College in Orange City, IA. She was hired as a Senior Counselor at the original House 342. She continued in this role until 1992. Kim left her Senior Counselor position to work for Bethany Christian Services as a Pregnancy Counselor, which she had once considered her dream job. However, she returned to the Village in 1995 as a Program Manager at Northwest Enterprises. She has also recently began to serve as a Job Coach. In 2016, Kim was recognized for 25 years of service.

Kim demonstrates the Village’s mission of purpose, privacy and dignity by her commitment to improving the lives of the individuals served by helping them reach their goal of having a job in the community. She is an outstanding vocational advocate for the people she serves. Kim works with them to develop the skills they will need to be successful in their community jobs. She strives to offer choices which initiate the development of new skills for the residents, leading towards greater independence. Kim advocates with compassion and concern for the individuals she serves.

Linda Van Meeteren joined VNU in 1985 as a Cottage Counselor at House 366. She worked as a member of the overnight team for nearly a year until she became a day time counselor. At H366, she also served as Senior Counselor and Residential Advocate. In August 1990, Linda became a Program Manager at Futures. Today, Linda serves as the Director of Employment Services where she directs the vocational training staff to ensure an efficient, effective, and professional program. In 2016, Linda celebrated 31 years of service at VNU.

Linda demonstrates the Village’s mission of purpose, privacy and dignity by her constant commitment to seeking to do what is right for everyone at VNU. She is a strong advocate for both residents and staff. Linda believes in everyone’s purpose and exhibits interest in everyone. She provides the staff freedom to run with ideas to enhance the experience of the individuals served. She supports the residents in their pursuit of community employment and assists them to maintain their employment. 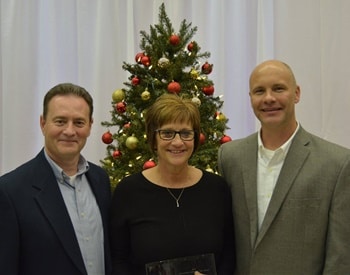 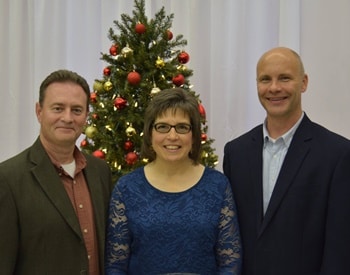