The Village Northwest Unlimited Panthers are excited to share the outcome of their participation in the 2016 Special Olympics State Volleyball Tournament. The tournament was held Saturday, October 8, 2016 at Iowa State University in Ames, IA.

Participating teams were classified across 10 divisions for state tournament competition. Assignment to specific divisions is based on individual and team assessments as provided by each team’s coaching staff at the start of the season. Coach’s assessments include individual volleyball skills such as serving and passing, as well as general game understanding. The Village Panthers had teams competing in Division 2 and Division 4B.

In Division 2, the VNU Panthers finished the morning session with a 2-1 record to determine their afternoon seed. The Panthers continued their success and went 2-0 in afternoon play to take home 1st place.

“We played in Division 2 this year, which was a higher placement than we have played in the past,” said Deb Middle, Panthers coach. “Our serving was strong, which is always important. Everyone on the team contributed individually and they definitely had to work together as a team to find success.”

In Division 4B, the VNU Panthers played two matches in the morning to find their afternoon placement. Despite great effort and intensity, the Panthers lost their first round afternoon game by a narrow margin. They went on to compete for third or fourth place and were able to come away with a 3rd place finish.

“The rules for Division 4B are a bit different,” says Middle. “There is a five point rule that we follow as well as a modified serving area. After five unanswered points, the serve changes sides. That makes it very important that our team is able to return the serve and put the ball in play. The team worked well together and each athlete performed to the best of their ability.”

Coach Deb Middle shared that the teams in the different divisions were competitively matched at this year’s state tournament which made for a more exciting experience for the teams. “I am very proud of the performance by the athletes of both teams,” says Middle.

Congratulations to the Panthers for a great Volleyball season! 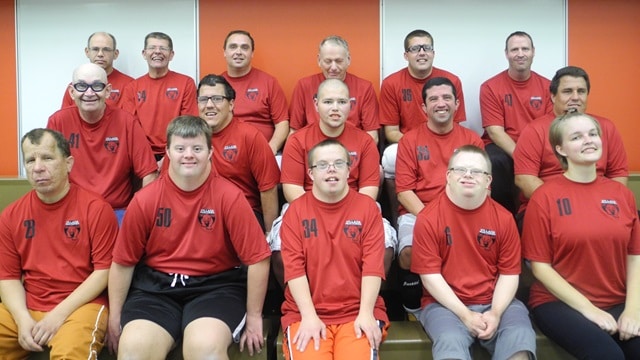